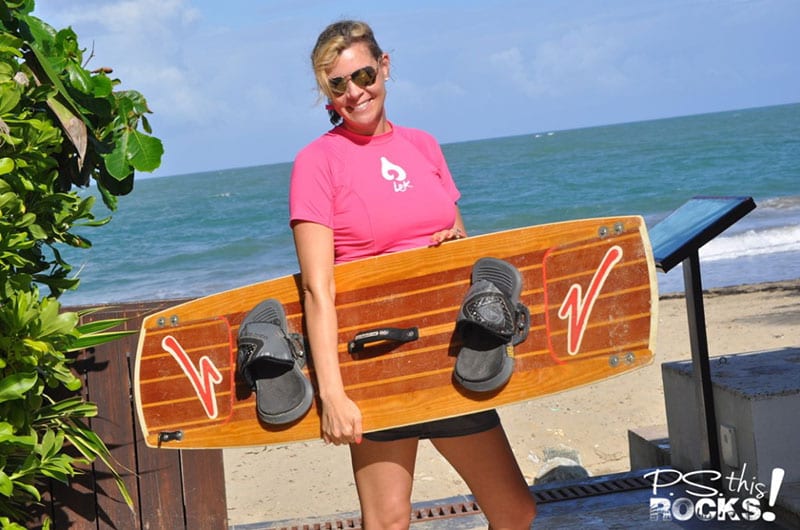 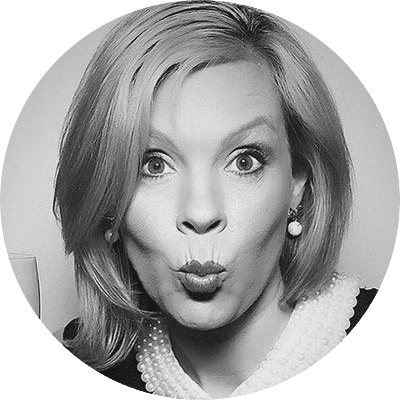 What happens when a curious Southern girl heads out into the big, beautiful world in search of adventure? Come on along, and I’ll show you. First, please allow me to introduce myself, and please do the same in the comments below.

My name is Christi Tasker. Described by most as a “serial entrepreneur” and award-winning interior designer, these two titles led me to my vast knowledge of social media marketing, digital advertising, and experiential marketing. I have been lucky enough to appear on NBC News in the Silicone Valley as a “social media expert” before I claimed award-winning interior designer and product designer.

My daughter Macy would describe me as an “earn your keep kind of mother”.  I was born a real Georgia peach to two entrepreneurs and a favorite to a grandmother who thought entrepreneurship meant you couldn’t get a JOB. Today, I’m #GlammaGAGA to my firstborn little grandson – #FOF #FletcherOwen. Here P.S. This Rocks, you’ll find my travel blogs and interior design blogs, you’ll find all the skinny on my globetrotting travels for work, play, and family. If you’re looking for my fashion & home decor products, check out ChristiTasker.com.

How I became a Miami Interior Designer & Entrepreneur

At the age of 8, my parents moved me from a green trailer in Dawsonville, GA, to a big blue house in the big city of Suwanee, GA – USA, once home to one fancy 4-way stop. Even though my first home was a trailer, it was nicely decorated, and I didn’t know the difference (at first). Neither did my very southern Grandmother Martha would not allow us to put plastic on the table or eat on paper plates.

Growing up with two entrepreneurs

Growing up, I lived with two entrepreneurs. Each of my parents made their way, and one baby step at a time. Despite being an only child, fortunately, they taught me to do the same. Work hard; play hard. Everything was within reach if I worked hard enough. If I wanted a scooter, Guess jeans, or anything that wasn’t an absolute necessity, I needed to “raise the capital for half” and my parents would pay for the other half.

My first job with my interior design and product designing mom

My mom owned a craft business where we traveled through the U.S. selling her handpainted pottery, my dad’s custom-built furniture that mom tole painted, and all kinds of stuff that no one needed, but they wanted it. At age 7, I crafted stuffed teddy bears with lace and ribbon roses until I reached the 500 marks (crafting 500 of the fluffy suckers), half of my pink Yamaha Razz Scooter. Yes, a Vespa knock-off, but I didn’t know it at the time, nor did I care. I was the coolest kid on the block, and no longer had to ride my bike.

My first real trip to Mexico

Around age 10, my parents began taking me to Mexico to visit my mom’s friends. Mexico was a dream come true because I could get “more for my money in Mexico”! So I saved and waited until we landed in Acapulco and quickly made my way to the Guess store to buy the same $60 shirt for $12.

I still love getting more for my money, and I promise P.S. This Rocks will tell you how with travels, sales, and products. I must have tried at least half of everything, so we can probably figure out the rest together. In Mexico City, I fell in love with the people, culture, colors, and fast past work ethic. In Acapulco, I quickly discovered the pink jeeps from Las Brisas Hotel.

What was a Miami interior designer & tech entrepreneur’s first job?

By age 14, I was bored working for my mom. I wanted a real JOB at the MALL! I begged my way into D.J.s, a men’s clothing store owned by Merry Go Round Corp. Remember?!? They sold IOU sweatshirts! And I got a discount. I mean, really??!?! How many IOU sweatshirts, short skimpy dresses, or Z. Cavaricci’s pairs did I need?

By age, 16 I was promoted to assistant manager, and at age 17, I was the manager of my store (in a very rough part of Atlanta)! Haha. What were these people thinking? Handing over store keys to a 17-year-old?!?

My parents were a little nervous about the area of Atlanta that I was working in, especially after managers were getting robbed at gunpoint. Hence, I applied at County Seat, the largest purchaser of Levi’s jeans. I have gifted a job at Lakeshore Mall in Gainesville, located across the street from my dear Grandmother Martha’s house. Yeah! Now I was talking…I could own every pair of Levi’s known to man and eat lunch with my grandparents.

My BIG push unintentional to entrepreneurship

After a year of having lunch with Grandmother Martha, almost daily, she insisted that I follow in her footsteps and get a good, stable job at the bank, where there would always be plenty of money. She didn’t want to worry about becoming an artist like my mother or digging in the dirt like my father. So, to please her and test the waters, I did.

I worked at the bank and made a lot of amazing friends. My biggest challenge was quickly met…..who could give away the most money? Well, that was easy… I could give away LOADS of cash! More than anyone else. Game over. It was time to move on, plus I got fired. Why? Because my family booked a trip to Disney World and my boss changed her mind the day before I was to depart. I was terminated upon my return from my approved vacation.

How I became a Miami interior designer

My mom’s dream came true. Me getting fired was a blessing to her. She had a very successful decorating business in the Atlanta area, and she needed my help. This time, instead of making teddy bears, I would be helping her source products. In 1997, Google had barely launched, and no one had a website or listings. The phone book was still my best method. When she sent me out for 40+ yards of fabrics, I quickly learned that 40 yards were a bolt! My brain said: ding. Ding. Find the fabric mills. I went straight to the source for everything.

By age 23, I had accidentally become a real commercial real estate developer. We were building out Ambiance Interiors & Gifts, where I was 49% owner and my mom’s very own interior design firm.

With a very curious three-year-old on my side, we developed a residential property to commercial on 580 Buford Highway in Suwanee, Georgia. Once dubbed “The Pink House,” and that was exactly what I wanted to name it from the beginning.

But, my mom got to choose the first color of taupe because she was afraid of coming off too lavish or out of control. I understood, she was on the city planning and zoning board, but I still didn’t like it. Four years later, about six other houses in the neighborhood had copied our color thanks to my mom gifting them the Sherwin Williams color numbers.

How I became a marketing guru for my interior design firm

In 2003, I was the primary marketer for our design firm and retail store, Ambiance Interiors & Gifts. Instead of renewing our pricey billboard ads, I came up with the idea to buy a Hummer and brand it with Chanel inspired polka dots to match complimentary gift wrap. Of course, every one of our employees thought I was crazy, but with my mom by my side, we did it!

My journey into the world of technology & social media, including being an NBC correspondent

Only two years later, in 2005, my baby girl was growing up. She was 11 and had her own Apple computer, which resulted in a MySpace account, which resulted in a guarded life in technology. I had already achieved almost every major interior design award, such as “Best of Design”, NKBA Kitchen Designer of the Year, and so on.

I was bored. And a technology company owned by Ike Van Otterloo came calling. Not having a clue who he was at the time, I went. My next chapter begins. I gave my mom half of our interior design business, and back and forth to the Silicone Valley, I flew to start PuTTin’ OuT.

My life as a techie & moving to Las Vegas

In 2010, I decided to reside on the west coast, so I moved to Las Wages (JK. Las Vegas. I am only a gambler with businesses, not with poker or machines.)  I lived in Vegas fulltime for six years and loved every minute of it.

In 2013, I started this blog to prevent sounding like a broken record telling how I ended up with Richard Branson’s Kite Board.  I don’t like repeating myself….at all. 🙂 haha.

In 2015, I convinced my husband Boyd to join the entrepreneurship game, and we moved to Miami {where I only wish I played on the beach daily}. We live and work in the infamous Wynwood Arts District, where we founded Casa Wynwood and Wynwood Lab, sponsored by ELLE DECOR, to help other entrepreneurs and extremely talented artisans and tech gurus. At the same time, I founded Tasker Agency. Our wheels are always turning, and we are only a 10 minute Uber ride to Miami International Airport. Let’s say Uber and Lyft apps are our friends.

I travel more than half of the year for interior design & marketing projects.

I travel around the world for work, pleasure, and a mix of both. Along the way, I take in the sights, sounds, tastes, and textures of every place I visit. I also meet fantastic people and experiencing each country’s culture, arts, and their version of modern-technology. And when I find something that genuinely ROCKS, I share it here on P.S. this Rocks!

As much as this blog is a travel guide by city and category, it contains often under-the-radar culture, people, places, things, and experiences on the planet – amazing stuff that I recommend to my closest friends. Speaking of which… my friends are the reason I created this blog!!!

After initially using Facebook inbox messages and emails to publish my favorite things to do or places to eat in each city, I vowed to begin sending links rather than individually sharing my “best of” list for each city or country. My husband Boyd and my mom have joined me in doing the same. We are all tastemakers who are respected among an extensive network of friends, and we won’t lead you to anything that doesn’t truly ROCK!

Speaking of experiences that ROCK, feel free to comment anywhere that you think we should go below. We love checking out new places, meeting new people, and validating experiences! Just tag the business or brand below by commenting on your Facebook page.