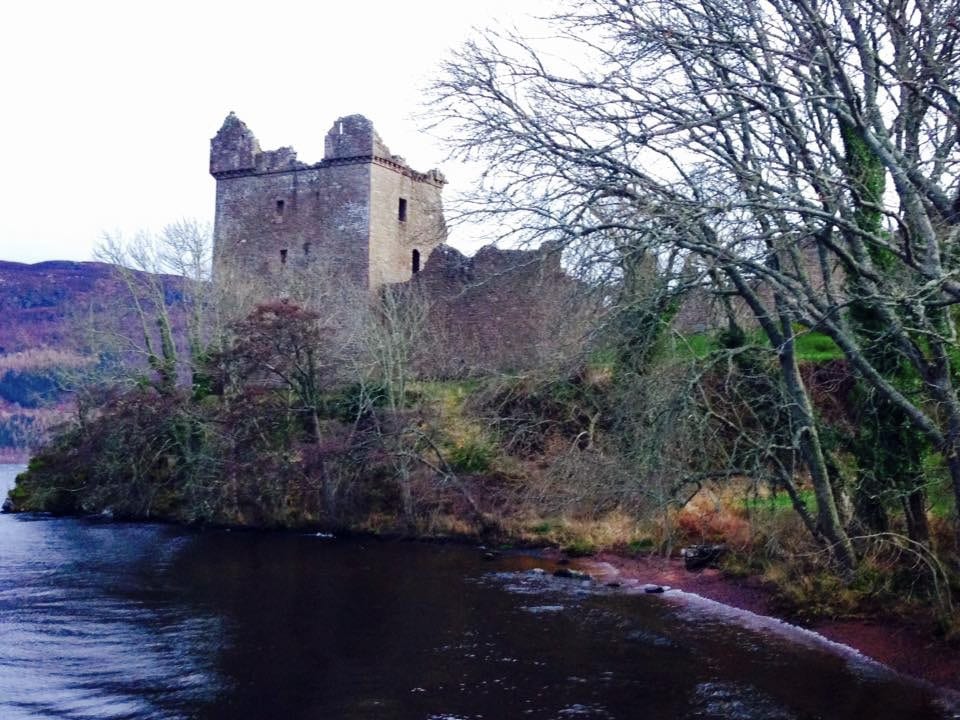 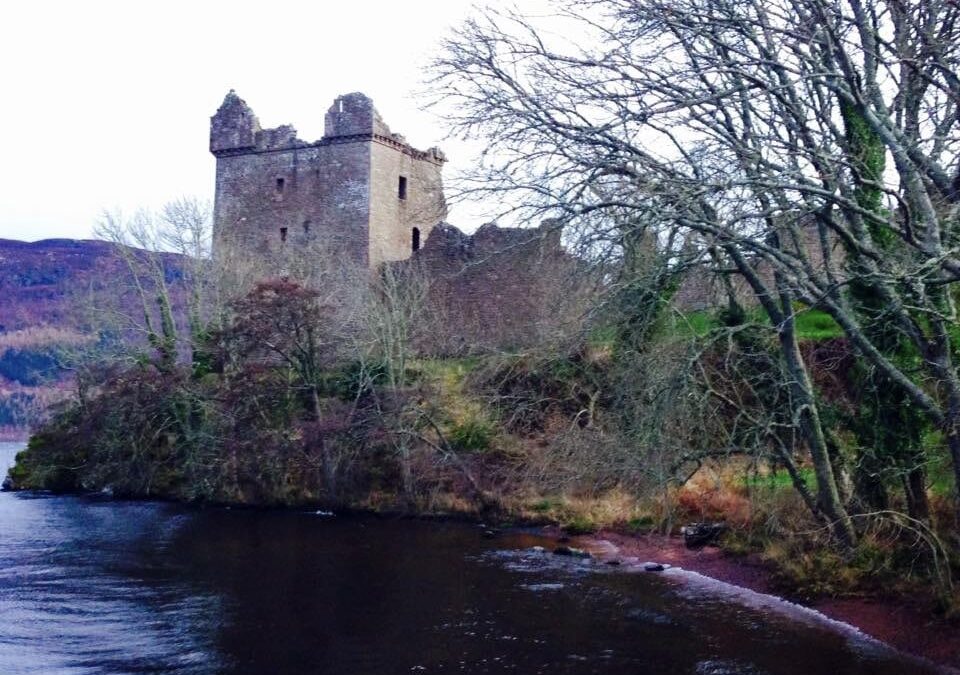 The Scottish Highlands are often portrayed as the most romantic part of Scotland. They have been of long-time intrigue to me. After my first visit to Edinburgh, I made a list of places to see in this magical country. Recently I took a one day trip with Timberbush Tours. Now, I am more interested than ever to explore more of this mysterious, majestic land.

This intrigue is not at all strange given the stunning unspoiled nature of the land. I vividly remember the rugged bens, deep blue lochs, and glens. We fed the majestic Red Deer that roam the hills and watched eagles rule the skies. The castles of the Scottish Highlands are often chosen as destination wedding venues because of the romantic nature. I experienced some of it all in the span of 15 hours thanks in part to Andrew, our amazing tour guide!

Due to the ever and fast-changing weather, the Scottish Highlands have a mystical touch. One moment you see the hills, the next, they are gone because of the cloud cover. Sunny spells and dark shadows move over the hills, and the white snow-capped mountains in winter give the Highlands a sparkling touch. This year, the Highlands and much of Scotland experienced a warmer, drier season than normal in late spring and summer this year. This made the views even more spectacular than I had previously experienced!

The village of Luss in The Scottish Highlands

Before sunrise, we headed out of Glasgow and arrived just in time to see the sunrise over Loch Lomond. Driving past a pasture on the way to our first stop, I got my first glimpse of a Highland Coo (cow). He was so ugly he was cute! Walking around the village of Luss was the PERFECT way to start my morning – with a cup of coffee and a feast for the eyes. 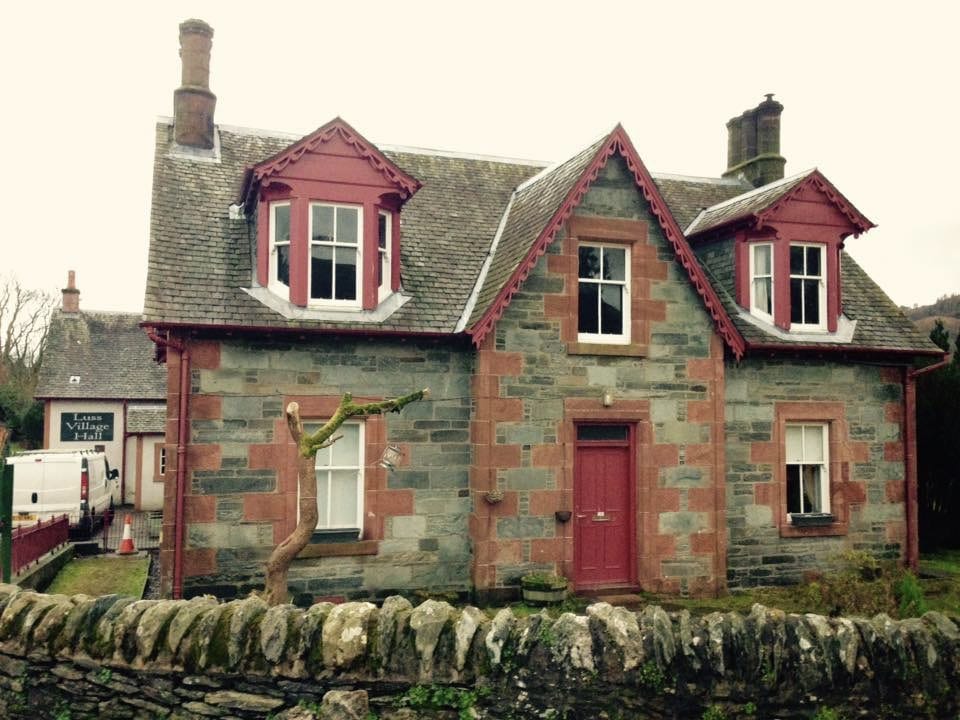 The charming Village Hall of Luss – our version of City Hall

Cottages at Loch Lomond Shores in The Scottish Highlands 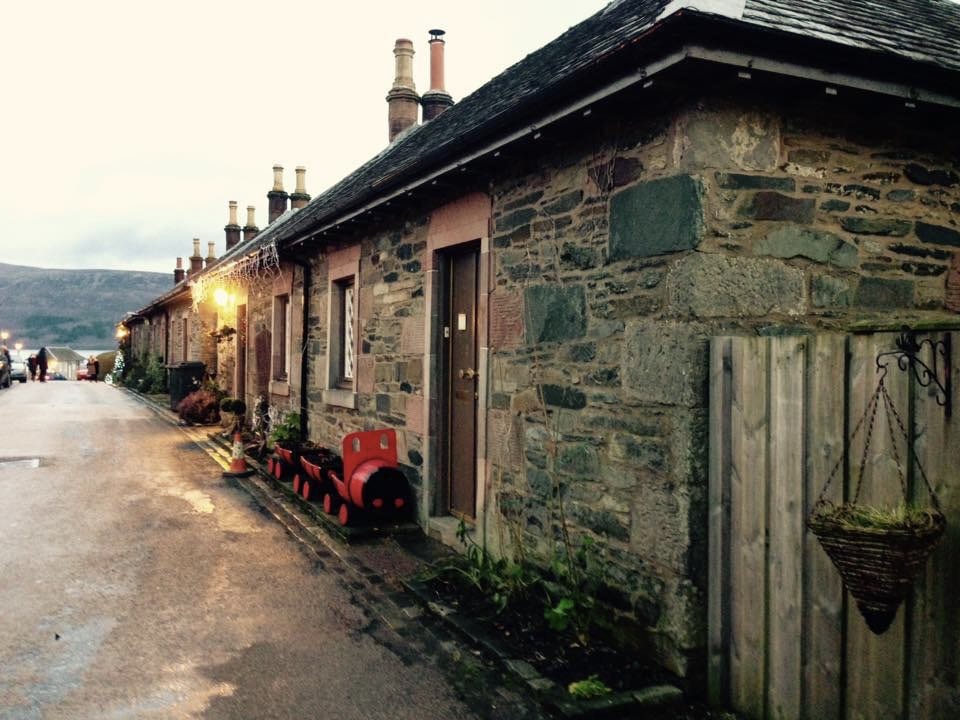 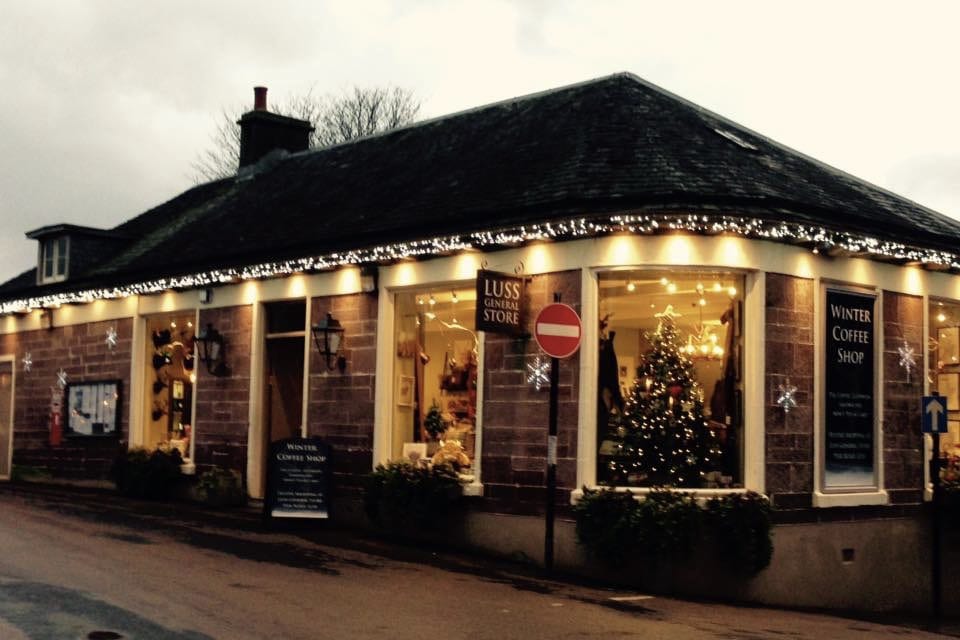 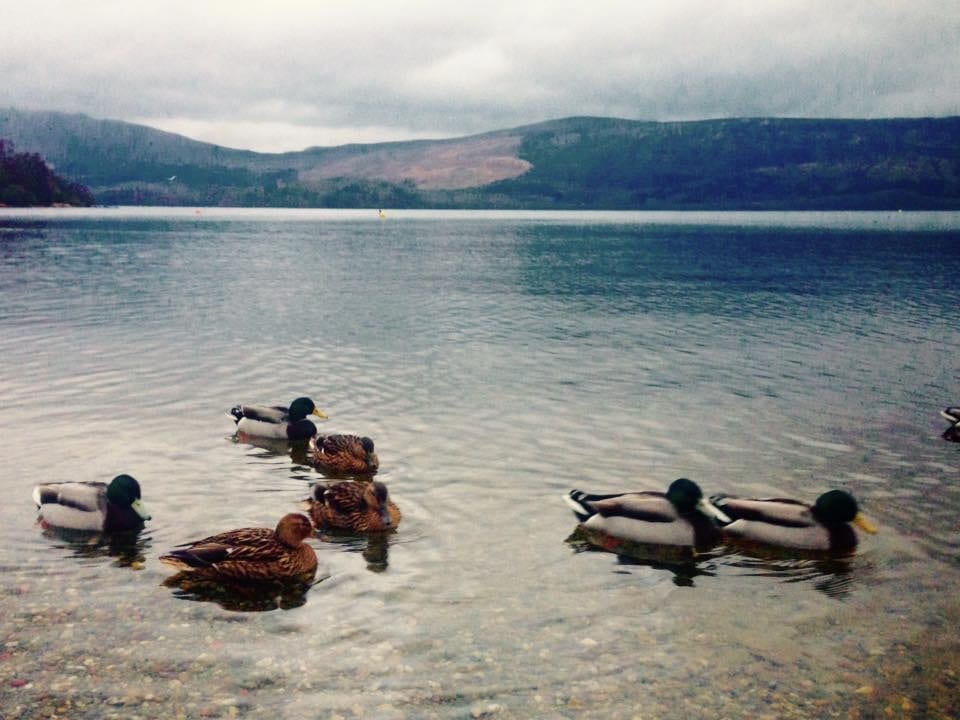 Promising myself I would return at a later time, I left humming the beautiful yet mournful song “The Bonnie Banks O’ Loch Lomond”

Traveling further north, we learned some of the history and the darker side of the Highlands. Sometimes this area is referred to as the “Highlands of the Clans.” This is because of their chieftains, the battles, the many massacres, and the bloodshed. It is often portrayed in history books and later turned into movies. During the history lesson, some that came to my mind was Rob Roy McGregor and Braveheart’s William Wallace.

The beauty of the Highlands was not lost on many of the James Bond movies. Part of the movie Skyfall was filmed in Glencoe.  The World Is Not Enough was filmed at the Eilean Donan Castle. The Spy Who Loved Me was filmed at Faslane Naval Base, and From Russia With Love takes place at Loch Craignish. It’s no accident that Bond’s family estate is located in the Highlands. Although it’s not the birthplace of the character, Ian Fleming, James Bond’s creator, it has been reported that Fleming was so impressed by Sean Connery’s portrayal of his most famous character, in the movie, Dr. No (1962) he gave Bond some Scottish heritage because Connery was born and raised in Fountainbridge, Old Town Edinburgh. (Check out my first visit to Edinburgh here!)

After our quick lunch at Spean Bridge Mill, we headed north toward Fort William & Fort Augustus on the south end of the famous Loch Ness. 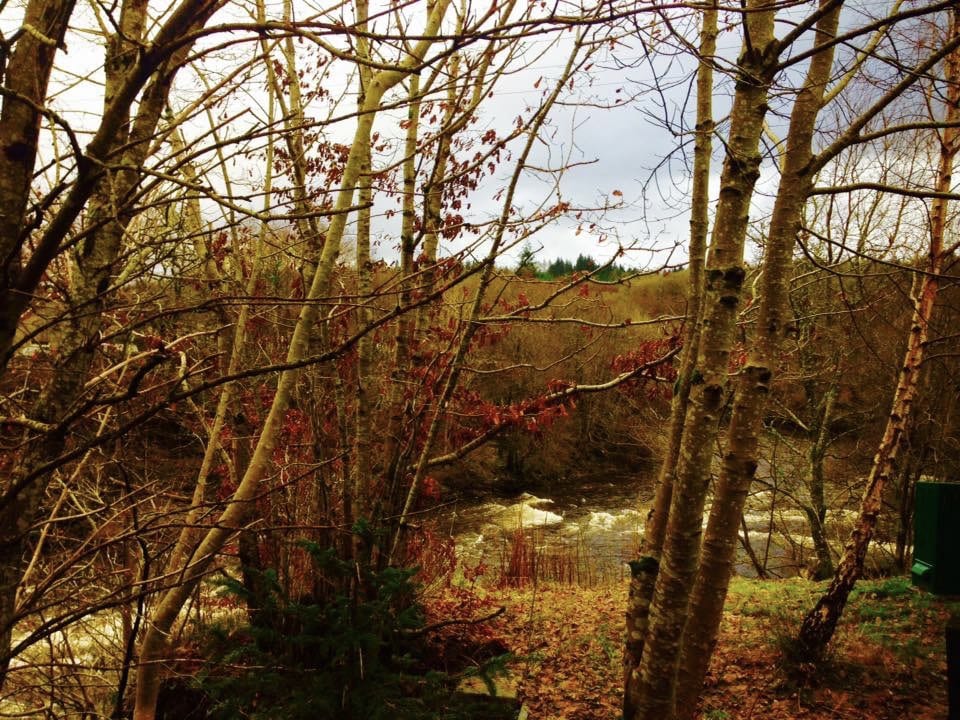 Traveling north, we came into a valley with amazing waterfalls surrounded by the Biden Nam Bian Mountains. They’ve been named as one of the finest views in the U.K. We couldn’t pass up a quick photo opp at the “Three Sisters”  Faith, Hope and Charity as they’re affectionately named.

After a quick stop at the war memorial, we were on to Loch Ness. To receive the Loch Ness post in your inbox, subscribe by entering your email address on one of our contact forms and I’ll let you know when the post goes live.

Leave a comment below and let me know which areas of Scotland you want to hear about next!