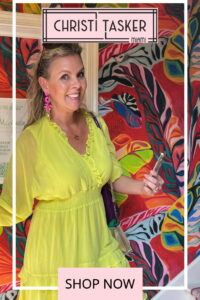 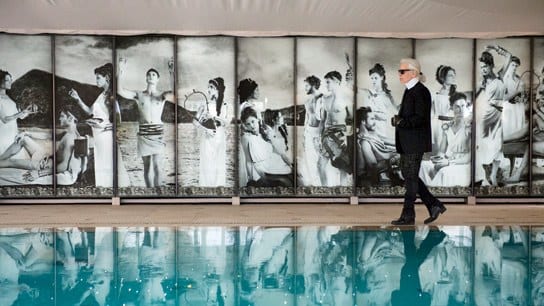 There are no words to describe how much how the world will miss the iconic fashion pioneer Karl Lagerfeld. As the master of invention, in only 85 years, Karl tapped into his inner being to carry on more than three positions with two competing fashion houses brands – all at the same time. The German creative director was much more than a fashion pioneer. He was an artist, photographer, sculptor, all-around creative genius, and he was an entrepreneur.

I am heartbroken and sad that I did not get the chance to meet him with a group of P.S. This Rocks readers in Coco Chanel’s private apartment as planned later this year. If you haven’t seen my post about photographing CHANEL’s Coco Cuba Collection & 15 DIY Tips To Recreate The Coco Cuba look on a budget while being inside Coco Chanel’s private apartment on 31 Rue Cambon during Christmas, read both of those.

How Karl Lagerfeld Got His Start In Creative Design

In 1958, Lagerfeld became chief designer for the house of Jean Patou, where he worked until 1963. He then became a freelance designer, creating fur collections for Fendi and the first fragrance for French fashion house Chloé. He also launched his a fragrance collection, Lagerfeld for Men, and, later, K.L. and KL Homme.

In 1983, Lagerfeld became the creative director and head designer for Chanel. He shook up the fashion world by creating his Karl Lagerfeld brand ready-to-wear line called Karl Lagerfeld. At the same time, he created a lower-priced sporty line, K.L. He received France’s Golden Thimble award for his Chanel haute couture collection in 1987. Lagerfeld returned to Chloe in 1992, where his first collection was an enormous critical success. During this time, Lagerfeld launched his own label, which developed a reputation for high-quality fit at affordable prices.

Lagerfeld stepped down from his position as the chief designer at Chloe in 1997 to concentrate on his own signature line. He sold his label to Tommy Hilfiger in 2005.

The Art of Karl Lagerfeld

Karl loved photographing iconic fashion models such as 1990’s German high fashion model, Claudia Schiffer. Claudia was undoubtedly his muse. Schiffer said that Karl was to fashion as Andy Warhol was to art. She was definitely among is favorites. 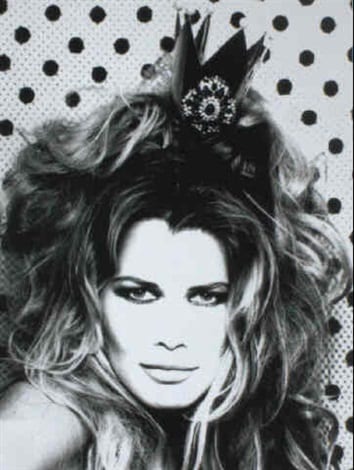 He was also known for creating fashionable home goods such as this foldable screen.

According to Art.net, over the years, Karl Lagerfeld sold numerous sketches and sample garments, purses, and accessories. 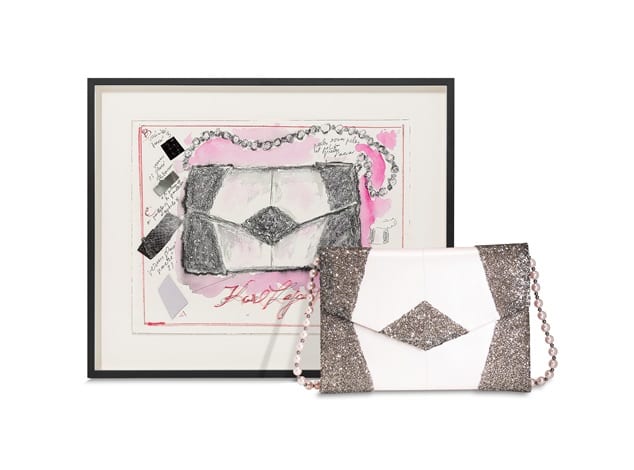 According to his friends and evident in his art, Karl Lagerfeld had a great sense of humor in his art and sculptures. Merging personal works and fashion, he created pieces like this Poupée Be@rbrick no. 989 for Chanel, 2006. 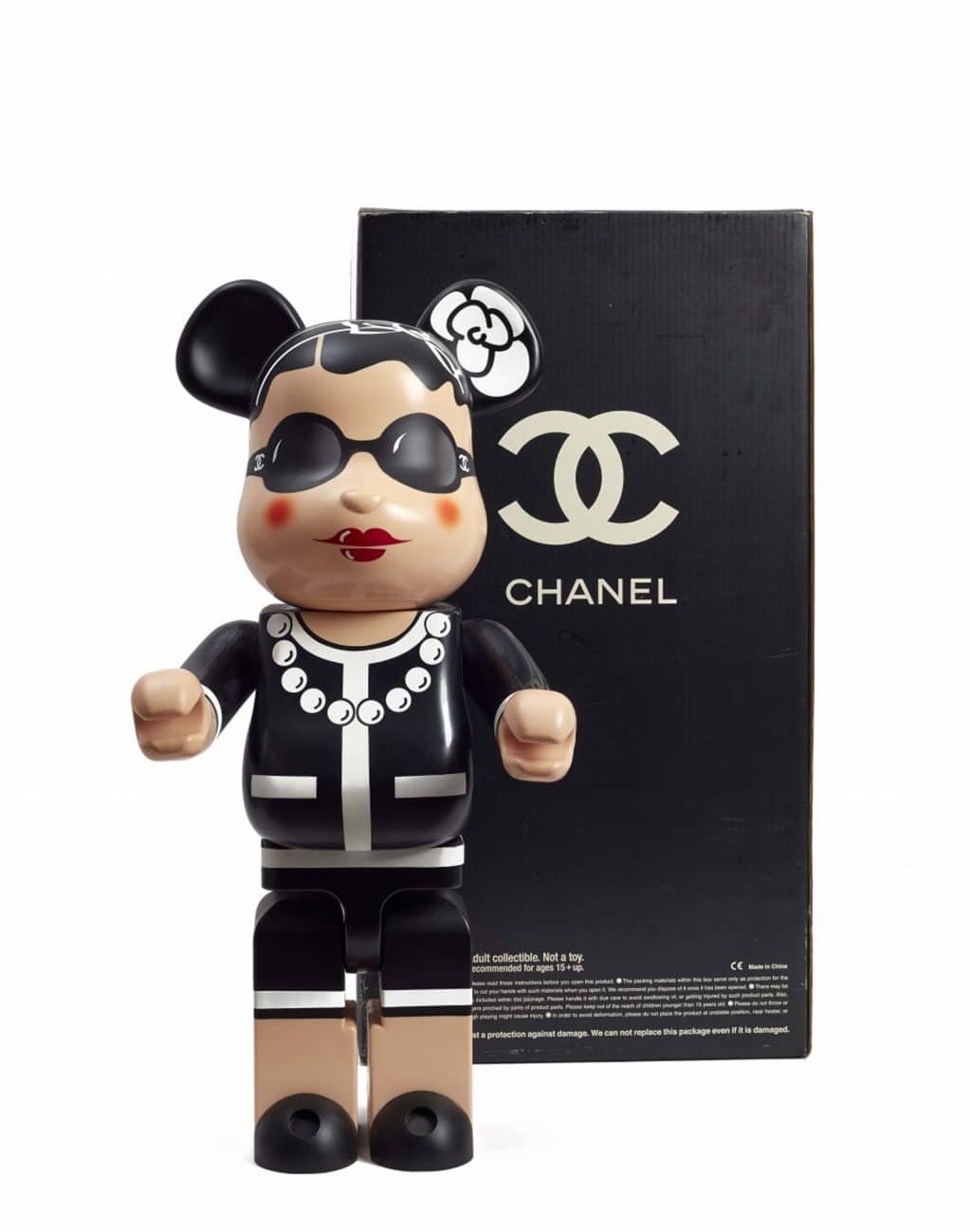 Continuing with his sense of humor and creativity, this is an anime sculpture designed by Karl Lagerfeld.

One of my favorite sculptures is Karl Lagerfeld’s personal busté sculpture, complete with glasses. 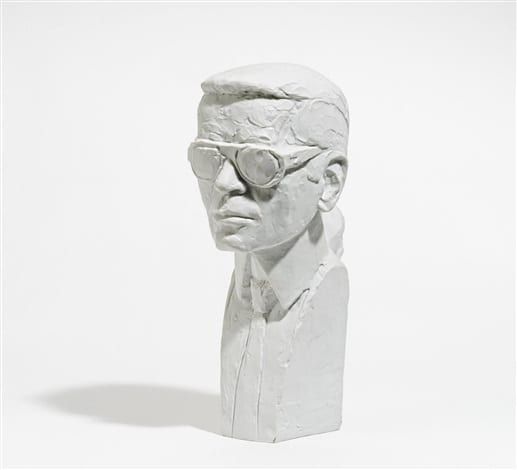 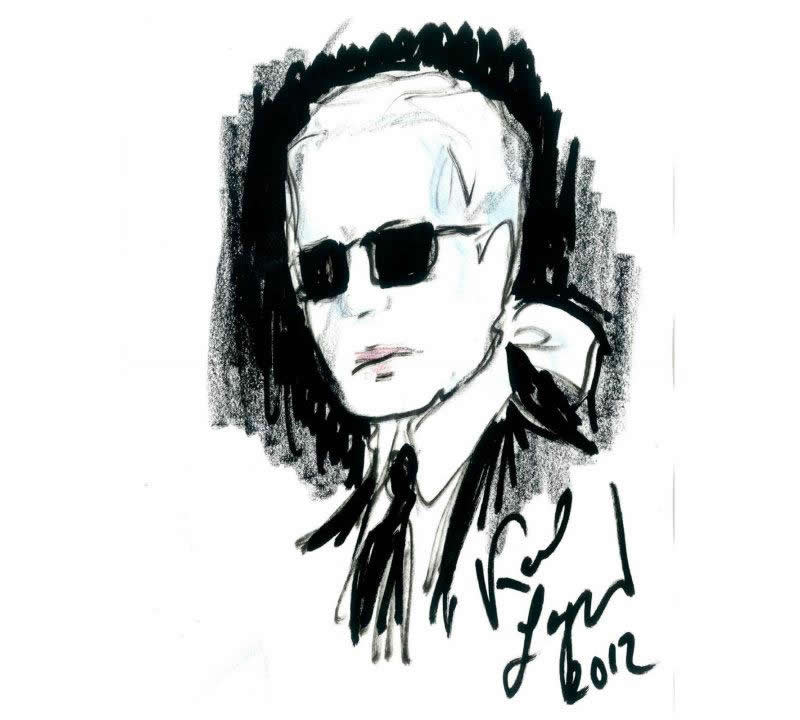 Lagerfeld loved the human body and human souls. His nude photography was tasteful and fashion-forward. 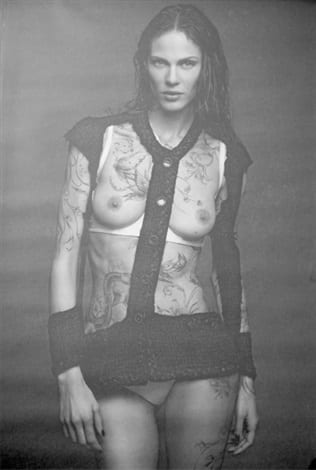 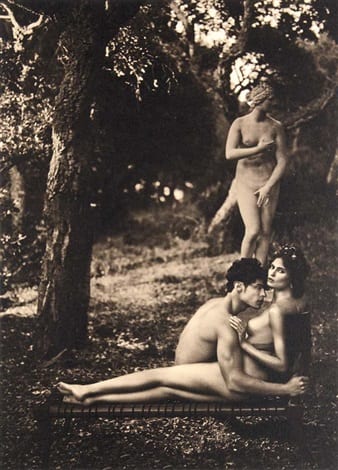 With a job title like “creative director,” the boundaries are often blurred, even for Lagerfeld. From advertising campaigns to experiences, Karl embraced all facets of the process to create ultimate experiences, including hospitality interior design. Upon his death, Lagerfeld was in the process of designing the first hotel bearing his name in Macau, China. Most recently, he designed the Odyssey, Metropole Hotel, in Monaco.

We lost a true legend!!!! You were such an inspiration to the world! You shot my first fashion shoot and I was so nervous to work with such an icon! The world is so much chicer because you existed! I am beyond honored to have met you and had the opportunity to work with you. You are so loved and will be so missed 💔

Lagerfeld, the caricaturist, leaves behind more than beautiful luxury fashion. He leaves behind many life lessons as a creative entrepreneur. Often WE (the creative entrepreneurs) are told to do one thing really well. In Karl’s case, he did many things really well. The best part is he didn’t really work a day in his life because he loved what he was doing for “work.” Lesson: Follow your passion, and you’ll never WORK a day in your life.

As the creative director of CHANEL and Italian fur and leather goods, fashion house FENDI, and his own eponymous fashion label, Karl’s designs are classic yet out of the box. They are practical statement pieces. On every visit to Paris and Italy, I stop in each CHANEL and FENDI house I pass. I get to know the associates and photograph the garments. My FENDI fur post with all the beautiful, inspiring photos is coming soon – be sure to click here & subscribe, and we’ll send the post to your inbox. Lesson: Follow in the footsteps of the creative. Find your field, your path, your element, and always follow your creative gut. On my last trip to Italy, I had the privilege to visit inside the fur workroom in FENDI Rome.

I love understanding how Karl worked by the rules of the CHANEL house left behind by Gabrielle “Coco” Chanel. He knew many did not think highly of her personal side. He managed to make magic and transform the brand back to the luster Gabrielle created upon its inception. He let her Paris apartment speak through the collections he crafted.

Remember the 2010 wheat collection? Yes, that inspiration came from her 31 Rue Cambon Flat. Lesson: Tune in to those around you. Especially those who have been there before you. Even if they didn’t succeed the way you can, they might be able to prevent you from making the same mistakes they did. Go Inside Coco Chanel’s private apartment just off the Place Vendôme in Paris with me. I was allowed to photograph inspirational close-up details that aren’t usually allowed.  I use the photos for my interior design and marketing projects inspiration, and after the collections are over a year old, I will share the images here on P.S. This Rocks too!

Celebrity Designer Karl Lagerfeld Dies & This Is How Celebrities Tribute Him

It is with deep sadness that the House of CHANEL announces the passing of Karl Lagerfeld, the Creative Director for the CHANEL Fashion House since 1983. An extraordinary creative individual, Karl Lagerfeld reinvented the brand’s codes created by Gabrielle Chanel: the CHANEL jacket and suit, the little black dress, the precious tweeds, the two-tone shoes, the quilted handbags, the pearls and costume jewelry. Regarding Gabrielle Chanel, he said, “My job is not to do what she did, but what she would have done. The good thing about Chanel is it is an idea you can adapt to many things.” A prolific creative mind with endless imagination, Karl Lagerfeld explored many artistic horizons, including photography and short films. The House of CHANEL benefited from his talent for all the branding campaigns related to Fashion since 1987. Finally, one cannot refer to Karl Lagerfeld without mentioning his innate sense of repartee and self-mockery. Alain Wertheimer, CEO of CHANEL, said: “Thanks to his creative genius, generosity and exceptional intuition, Karl Lagerfeld was ahead of his time, which widely contributed to the House of CHANEL’s success throughout the world. Today, not only have I lost a friend, but we have all lost an extraordinary creative mind to whom I gave carte blanche in the early 1980s to reinvent the brand.” Bruno Pavlovsky, President of Fashion at CHANEL, said: “Fashion show after fashion show, collection after collection, Karl Lagerfeld left his mark on the legend of Gabrielle Chanel and the history of the House of CHANEL. He steadfastly promoted the talent and expertise of CHANEL’s ateliers and Métiers d’Art, allowing this exceptional know-how to shine throughout the world. The greatest tribute we can pay today is to continue to follow the path he traced by – to quote Karl – ‘continuing to embrace the present and invent the future’.” Virginie Viard, Director of CHANEL’s Fashion Creation Studio and Karl Lagerfeld’s closest collaborator for more than 30 years, has been entrusted by Alain Wertheimer with the creative work for the collections, so that the legacy of Gabrielle Chanel and Karl Lagerfeld can live on.

With five decades of pure creativity under his belt, Lagerfeld has the longest-lasting creative direction relationship with any fashion house in history.  Serge Brunschwig, FENDI Chairman & CEO, says, “Working with Karl Lagerfeld at FENDI allowed me to catch a glimpse of the secret of the continuous renewal of the House.

I profoundly admire Karl’s immense culture, his ability to rejuvenate at all times, to taste all the arts, to not overlook any style, along with a persistent refusal to turn to his past, to look at his work in a mirror. He was restless, and his exigent nature would never leave him. The show was ending that Karl would always say, “And now number next!” He leaves us an enormous heritage, an inexhaustible source of inspiration to continue. Karl will be immensely missed by myself and all the FENDI people,”

FENDI’s Creative Director for Menswear, Accessories, and Kidswear, Silvia Venturini, says, “I am profoundly saddened as today we have lost a unique man and an unrivaled designer, who has given so much to FENDI and to myself. I was only a child when I first saw Karl. Our relationship was very special, based on a deep and very genuine affection. We had a lot of mutual appreciation and endless respect. Karl Lagerfeld has been my mentor and my point of reference.

A blink of an eye was enough to understand each other. For FENDI and myself, the creative genius of Karl has been and will always be our guiding light, molding the Maison’s DNA. I will miss him deeply and always carry with me the memories of our days together.”

With huge admiration for his work ethic, passion, and his intense curiosity and willingness to venture out of the box, Karl and his creative eye will be missed. Our condolences go out to his family, friends, and coworkers.

P.S. If you haven’t read my post 5 Ways To Transform Your Wardrobe The Karl Lagerfeld Way – click here.

P.S.S. Can anyone tell me why Miley Cyrus would think that FENDI fur designer would want #NoFur in the future? See her post to see the reference:

Karl Lagerfeld 🖤 You will never be forgotten … & forever, you’ll be missed. In recent years, We have and will continue to lose so many legends …. time goes by and inevitably we lose the ones who paved the path before us to thrive . This changes everything …. we have to take responsibility , step in and step up….. we have to use more compassionate resources, we have to sustain, we have to get creative – make something new while honoring the hard work done for us ….. we have to do what pioneers like Karl would want us to do – make big impacts and change the world thru fashion! #NoFur #Sustainability #LoveOnly #NoShame #JustLove

Thank you for reading my post and discovering awesome people on P.S. This ROCKS! Please leave a comment with a word of encouragement if you liked or learned anything from this post.

Much love, prayers, and plain good vibes to you all! 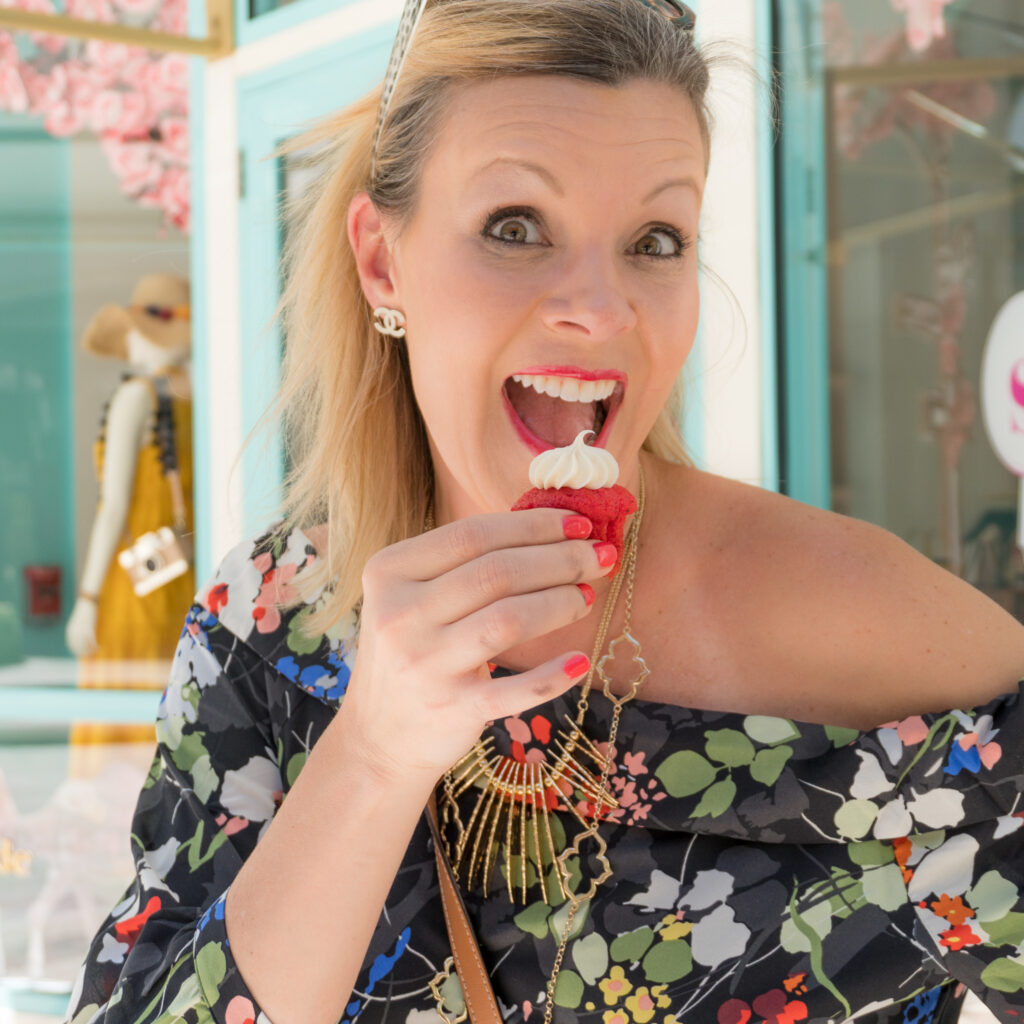 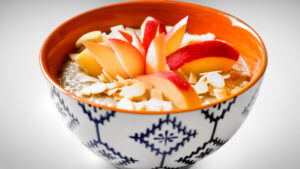 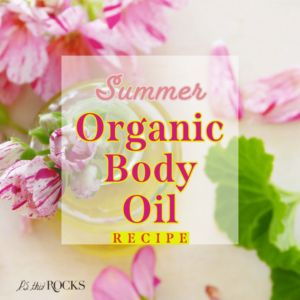 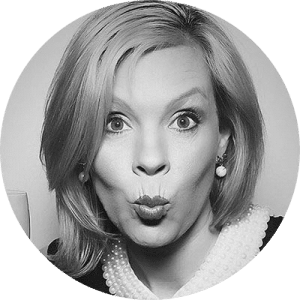 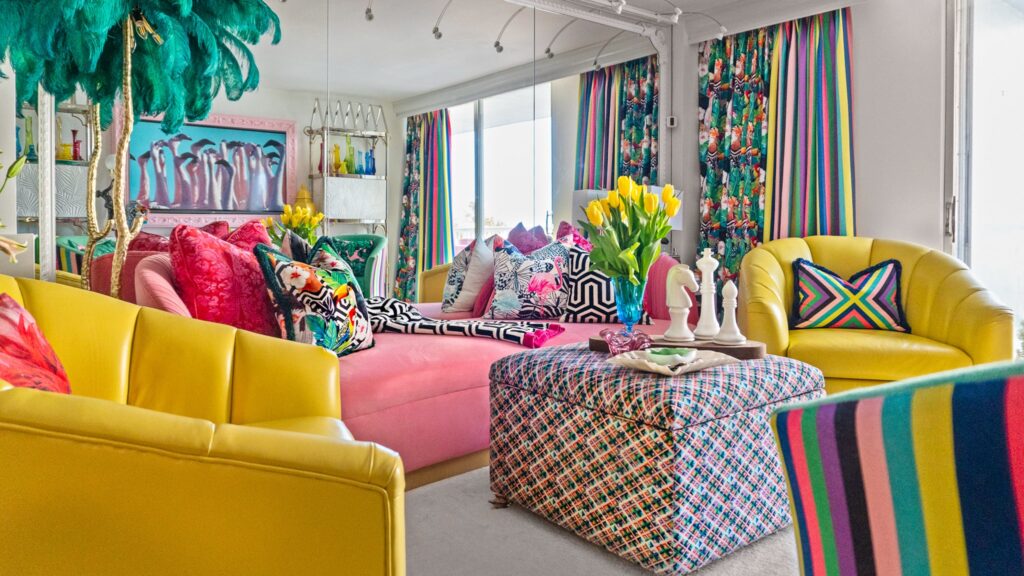