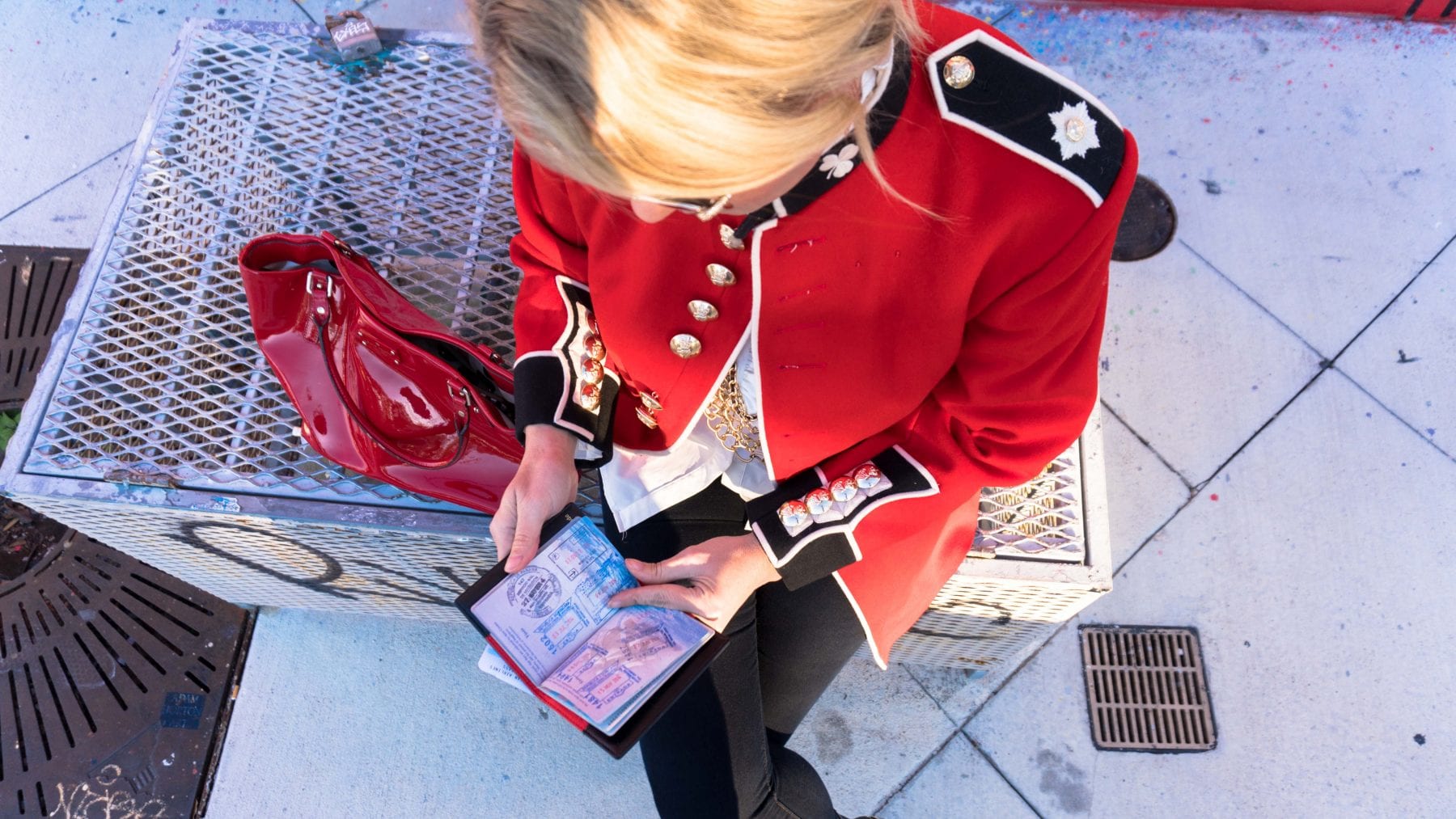 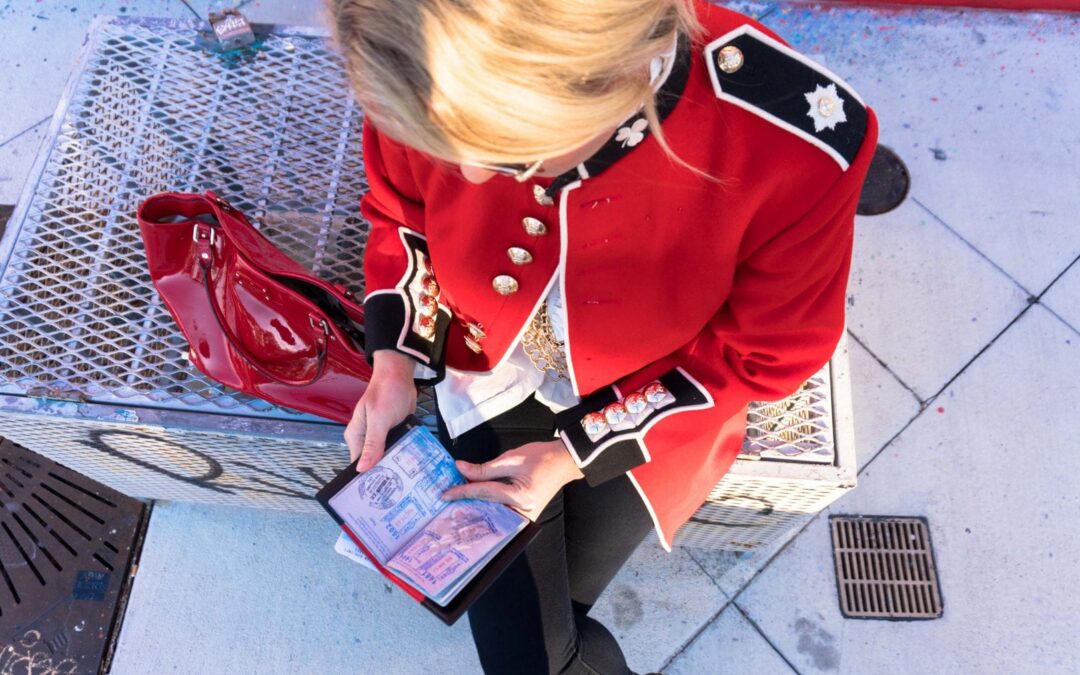 I immediately became infatuated with the Queens Guard’s attire, worn historically by the British Army.  Redcoats are also known as a “coatee”. These coats have been worn since the 17th century and are still worn to date. They are mostly red because the English flag is red and white and the uniforms were designed in the 17th century before Scotland entered the UK. In 1873, it was decided that the redcoat or coatee would be worn all soldiers, sergeants, and some cavalry regiments – no matter their rank. 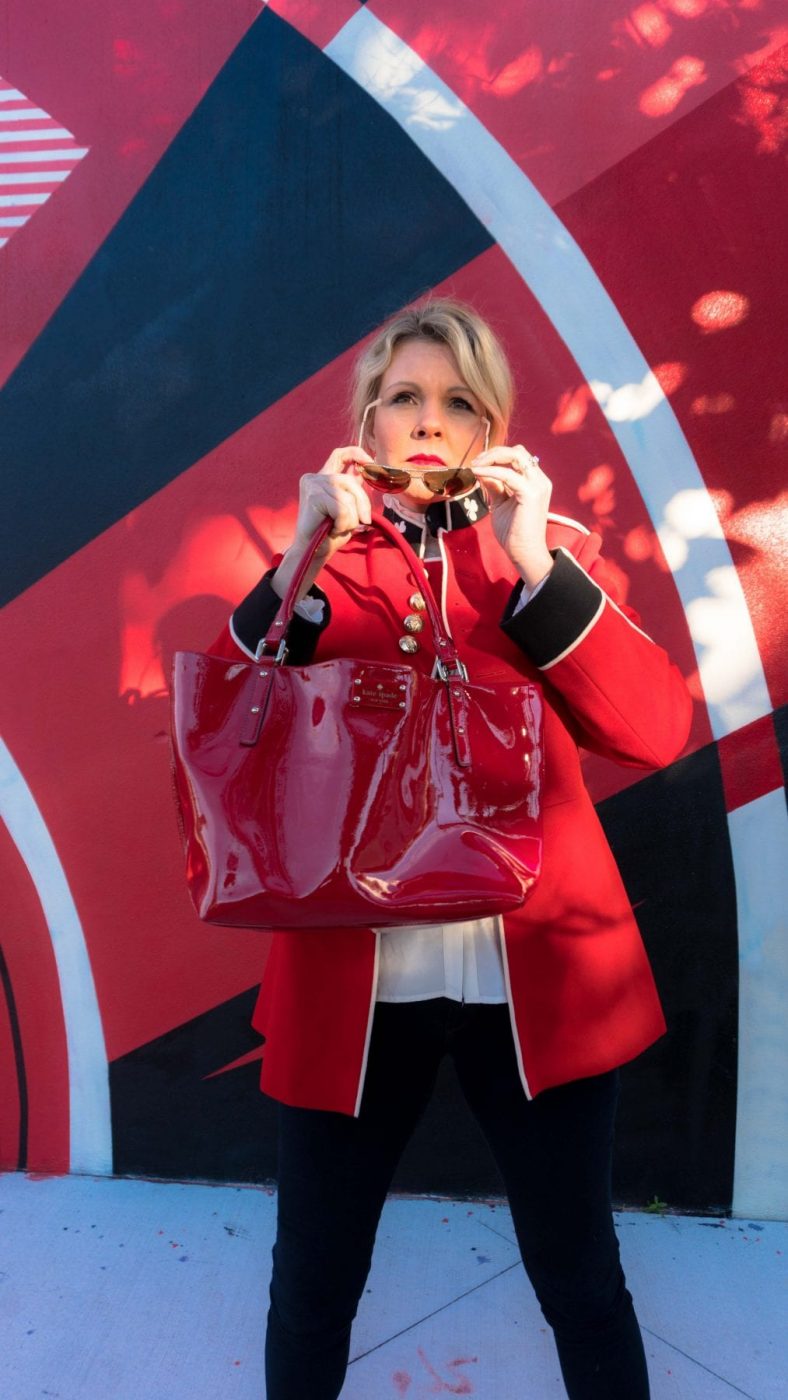 On my recent 42nd birthday we had one frigid day in Miami. It was a mere 52 degrees Fahrenheit. The remainder of the United States was experiencing below freezing temperatures. When Boyd asked what I wanted for my birthday, I simply said, “my already purchased redcoat down from the cedar storage box” which resides at the very top of our closet. I was going to be sooooo Miami and wear this baby out while it was sooo “cold”. 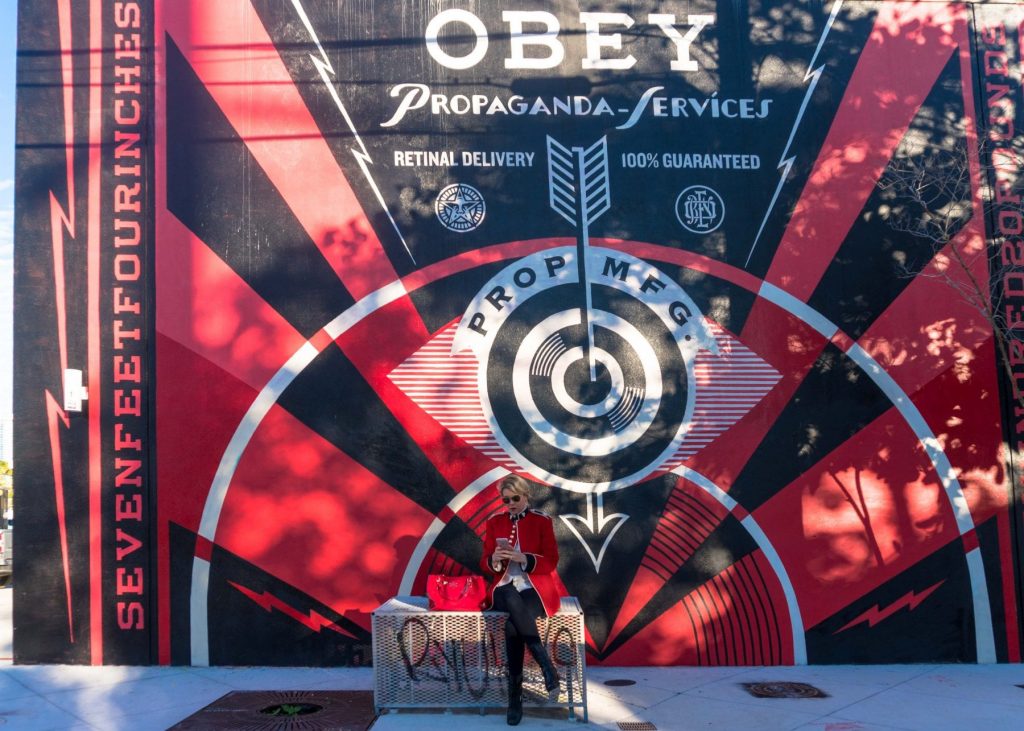 Turns out, everyone loves it! In Miami, they think it’s a Gucci jacket. 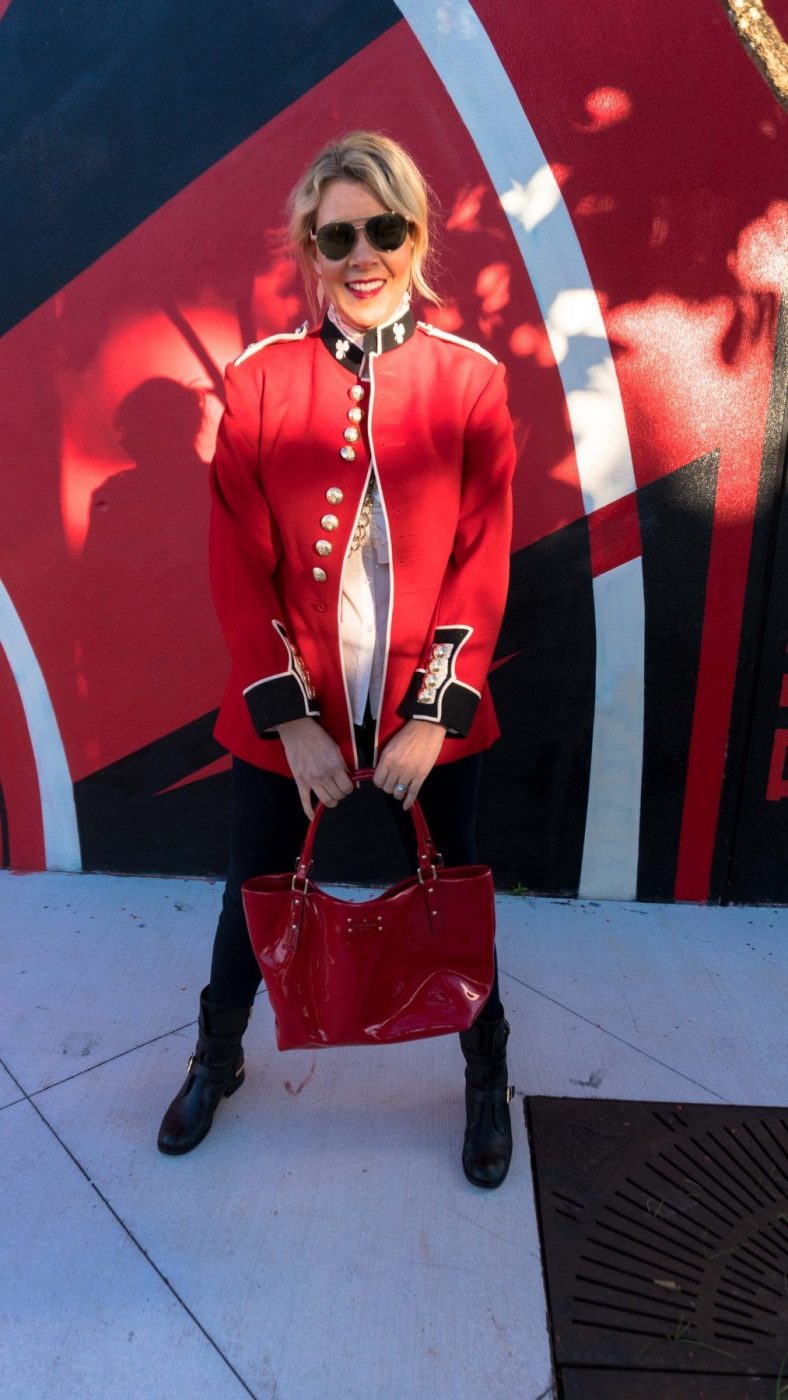 Almost everywhere I’ve traveled recently in my red Queen’s Guard coat, the people think IT’s something different. In Las Vegas, people stopped me walking through the SLS casino to ask questions as if I were a monkey aka. their employees. On my recent trip to Venice, Italy, people thought I was dressed up for Carnevale. 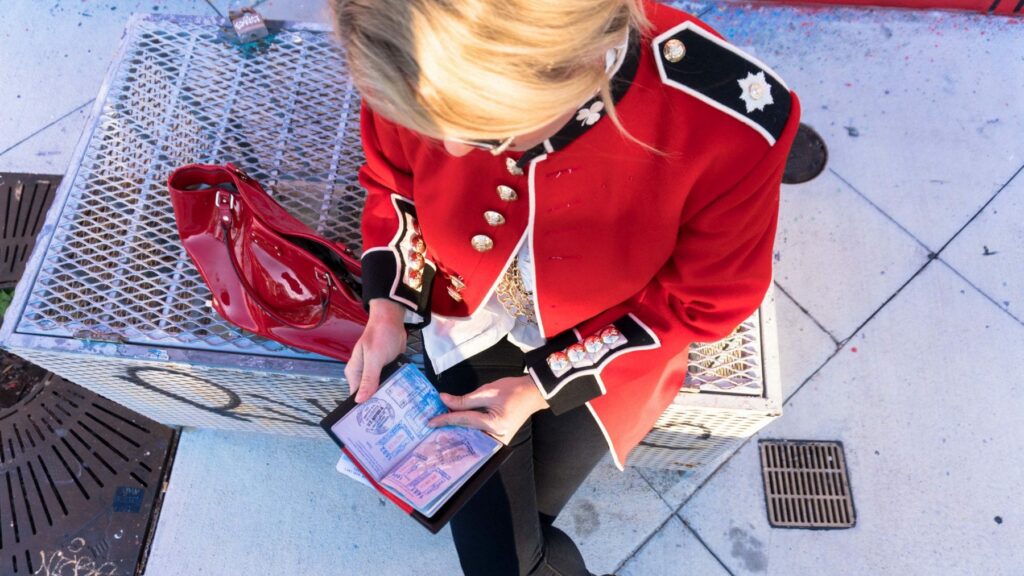 In Miami, some think it’s PROPAGANDA. 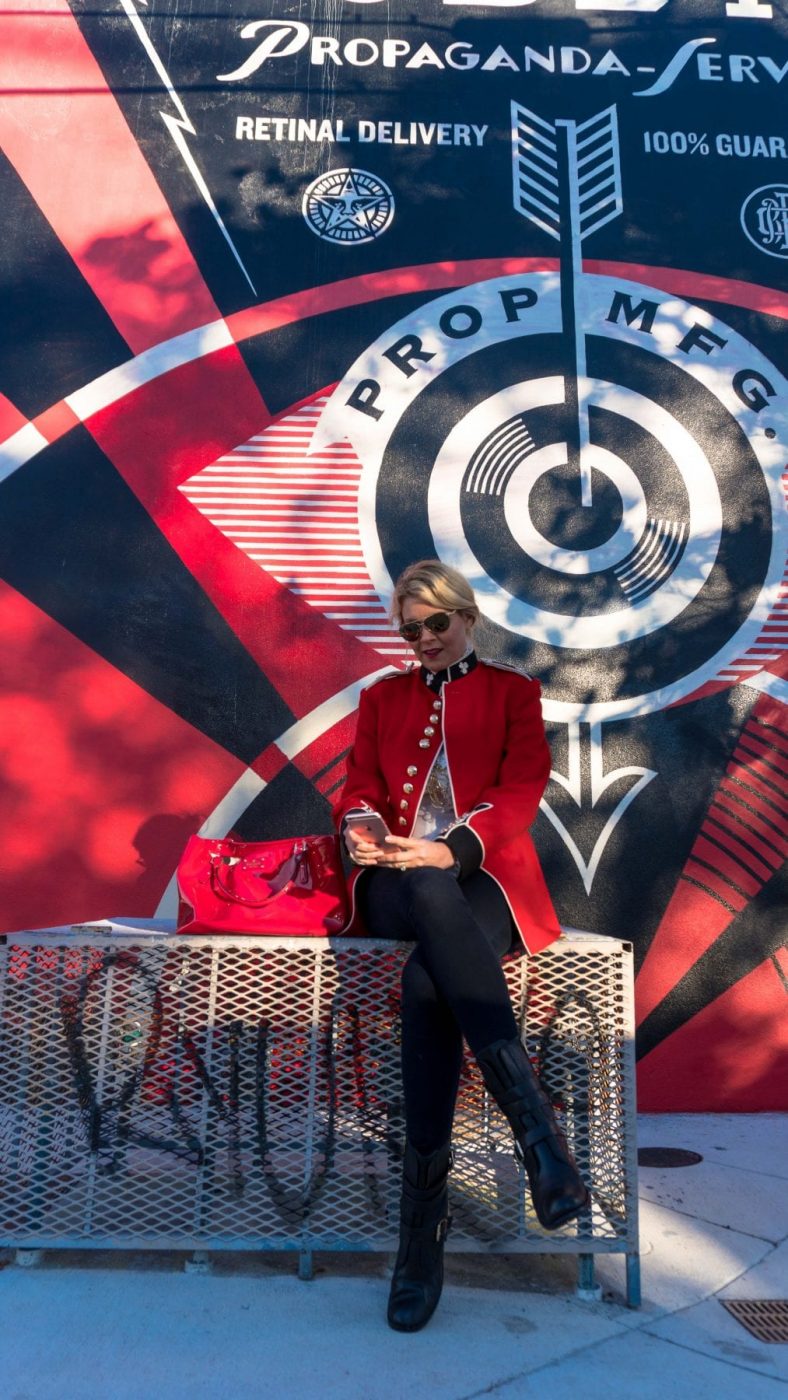 In Dallas, they thought it was a “Michael Jackson coat”. 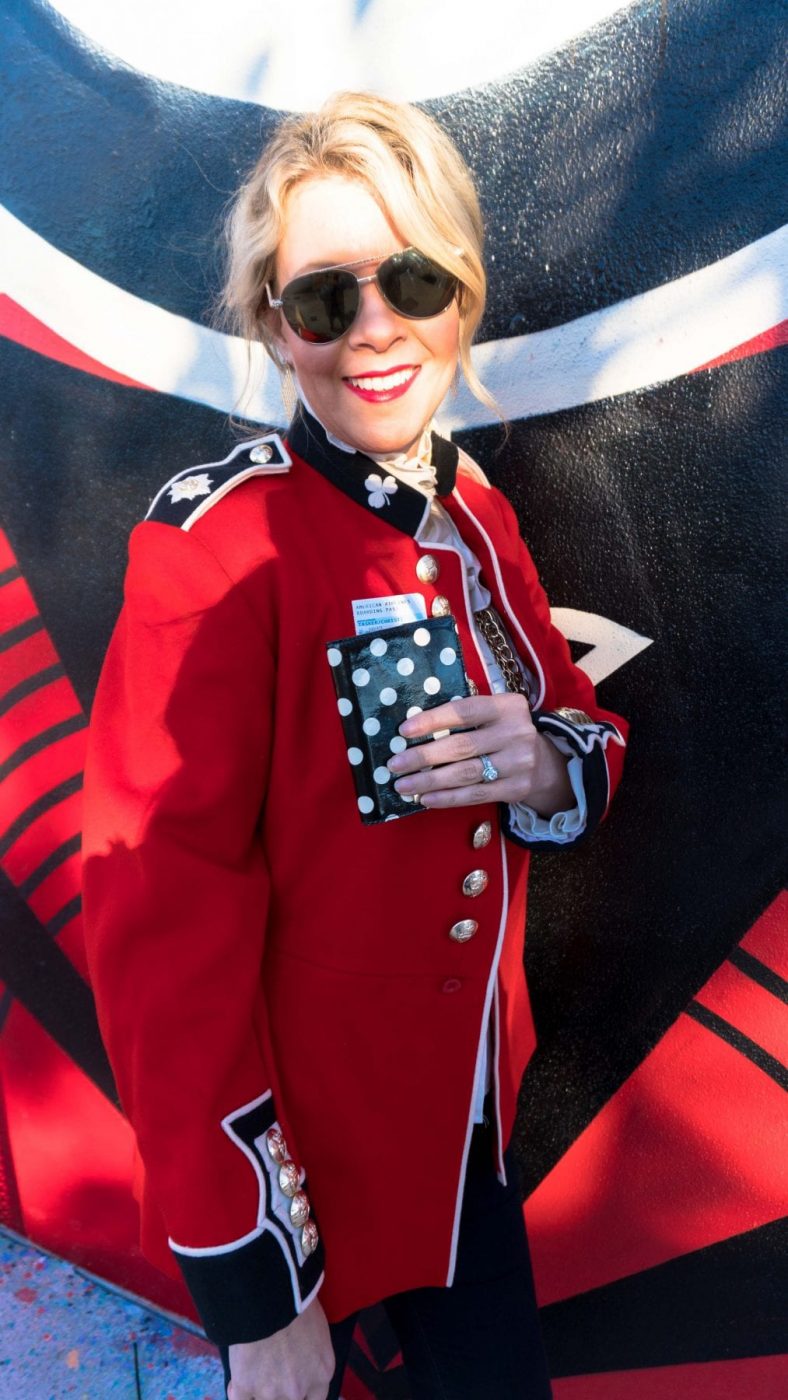 In high-end department stores that carry Gucci, such as Dallas’ Forty Five Ten, where they carry Gucci, they just wanted to know “who is the designer was?”

I only wish I knew. Do you? If so, please comment below.

My Scottish friends have clarified that this is an Irish Guard’s jacket which is identified by the clover on the collar. The Irish coats also have a series of four buttons whereas the Scottish have a series of three buttons. A special thanks to my Facebok group friend, Jim Broon. I appreciate your help in identifying the coat type. 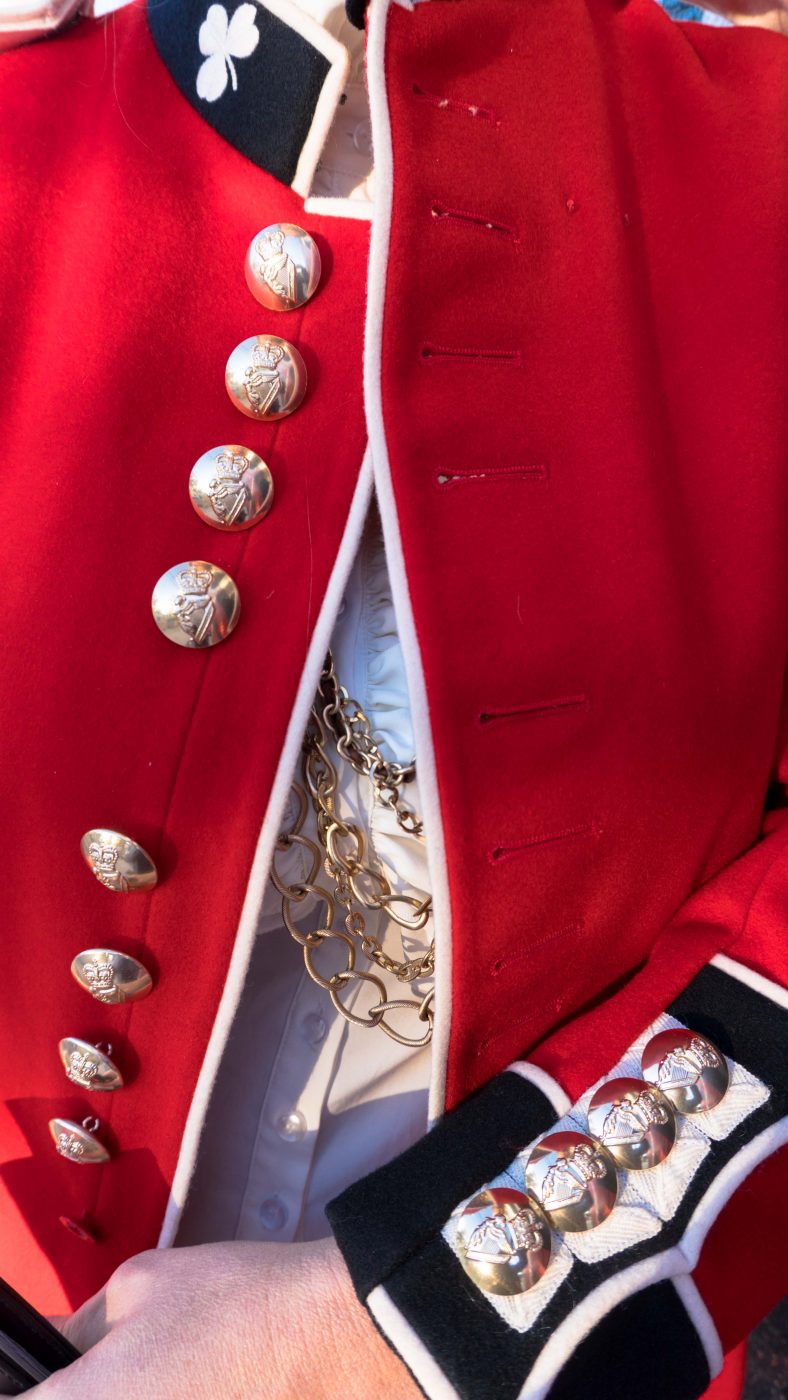 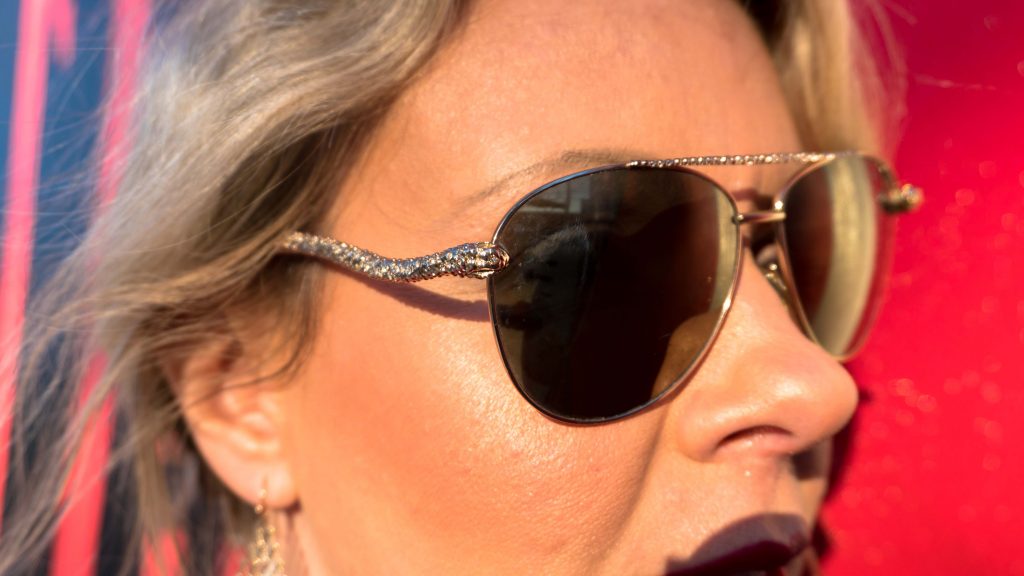 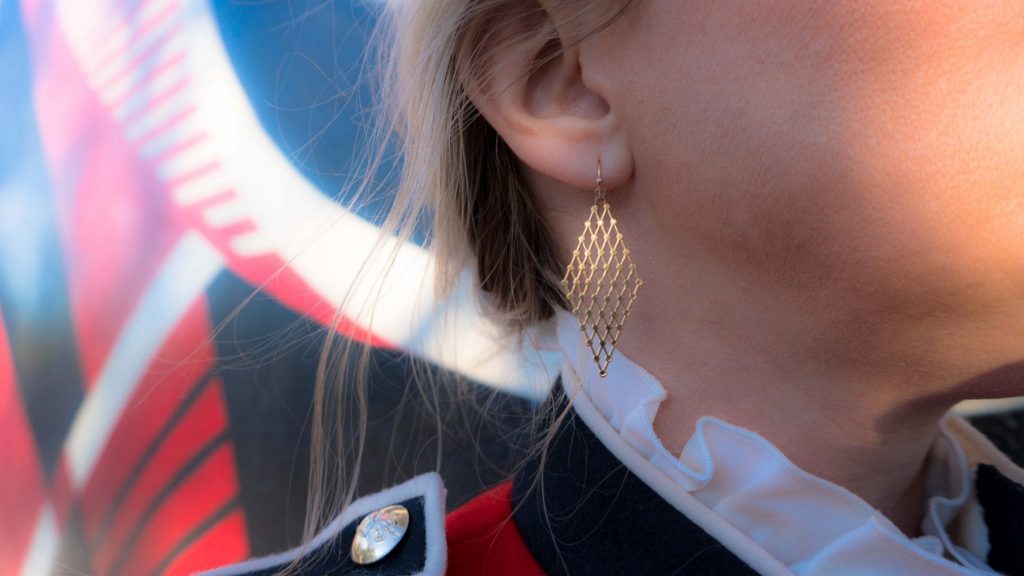 And yes, this coat is just so maximalist ME, but there’s a real story behind why I have this beautiful British Army red coat. 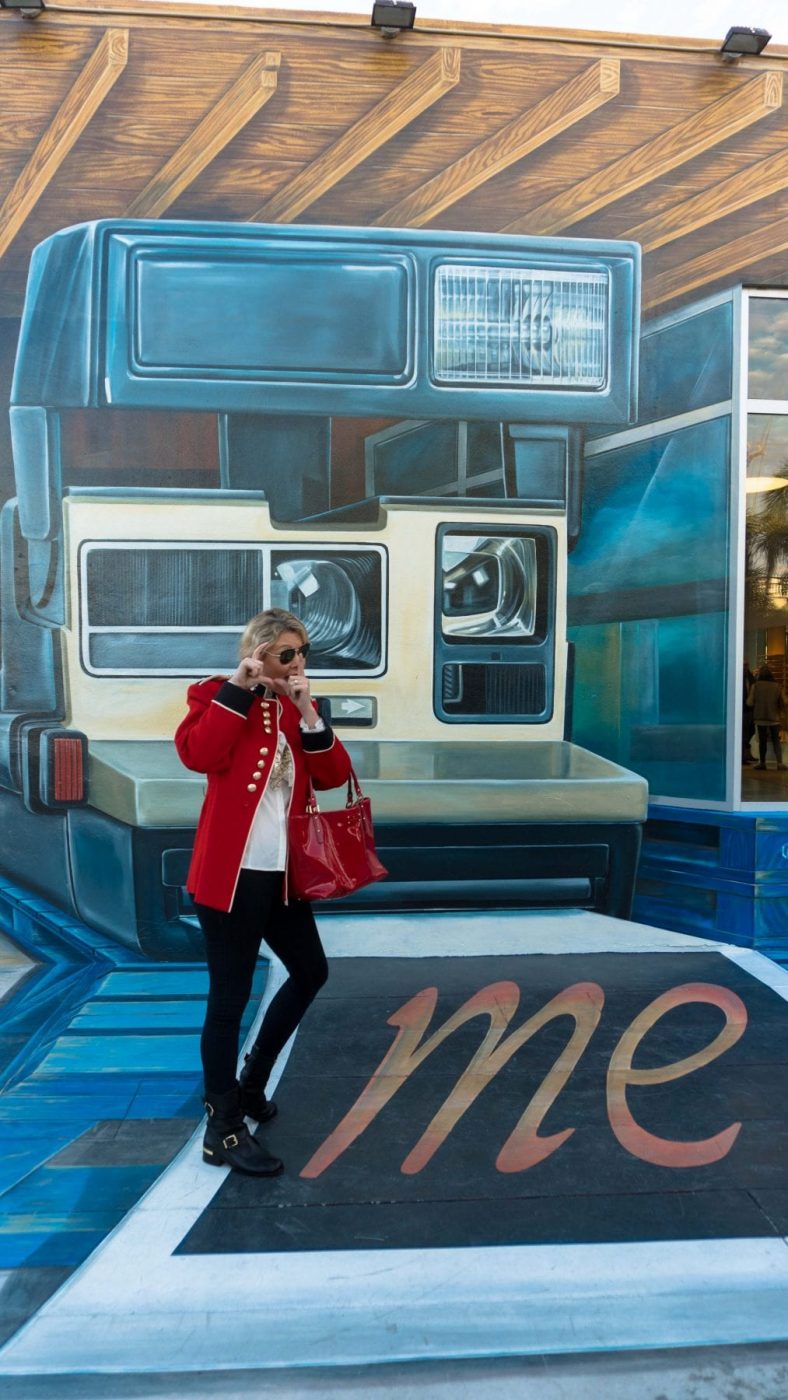 After seeing the Changing of the Guards at Buckingham Palace, Boyd and I ventured over to the wild and crazy Camden Market.

Of course, I noticed the red coat hanging in the window of a vintage store so I dashed over like a kid after candy. A minute or two later, the nice lady in the store greeted Boyd as he followed me in. I was searching the rows of redcoats for the right size, one that was clean, and not missing buttons. That alone is a chore in a vintage shop. Boyd proceeded to tell her the story of his dad who was Queen’s Guard from the Scot’s Guard division. The lady turned around and asked, “Oh dear! Why don’t you see if you can refurbish your granddad’s redcoat?”

Obviously, we died laughing, and this coat always reminds me of how young I feel and fortunately, some people think I am….or at least that’s what I like to tell myself. Otherwise, Boyd would have to face looking 20 years my senior vs. the 9 years that he really is. I am just not so sure my father-in-law would like me wearing the Irish version of the Queen’s Guard Coatee.

I’m curious….have you ever miscalculated someone’s age and stuck your foot in your mouth? Please do tell below. 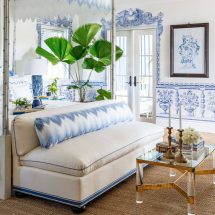 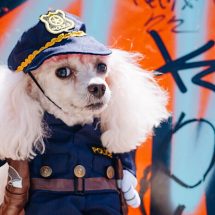 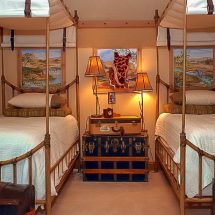